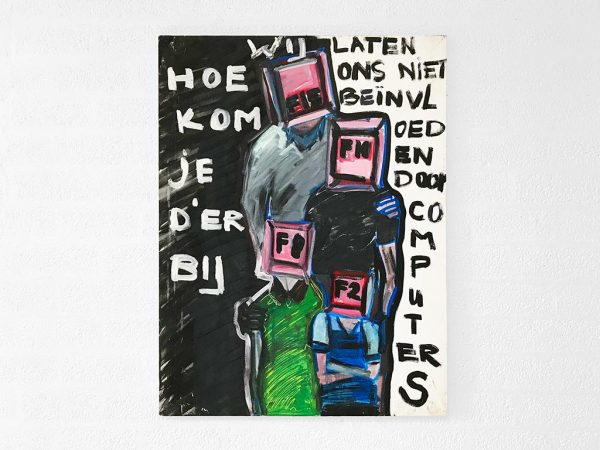 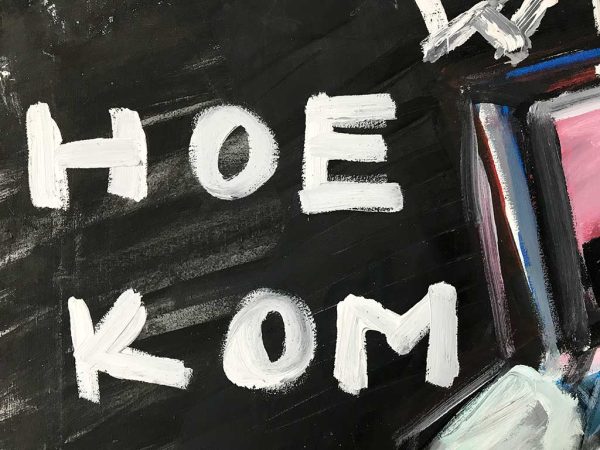 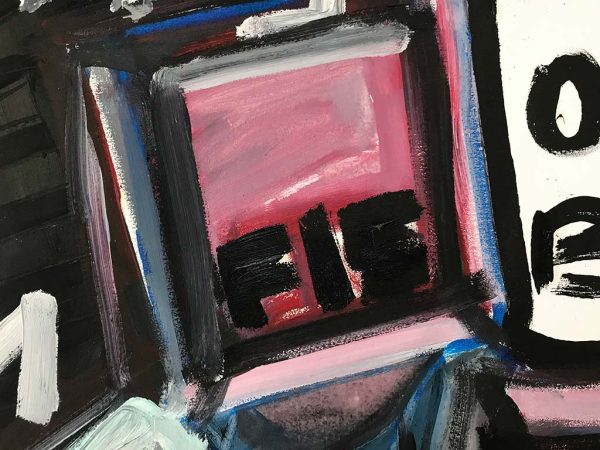 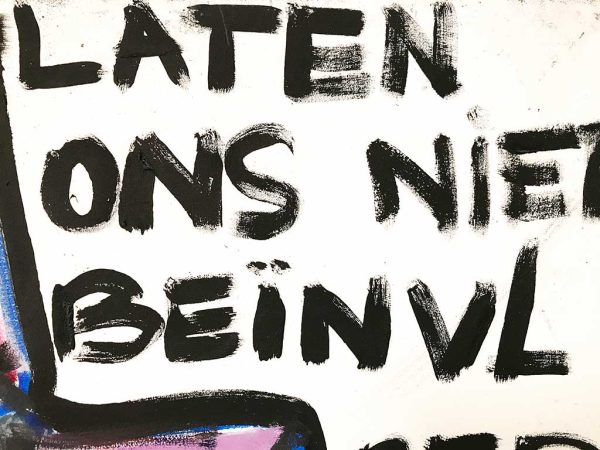 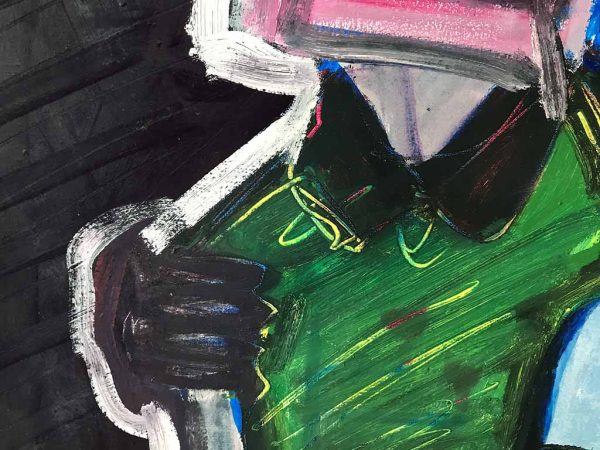 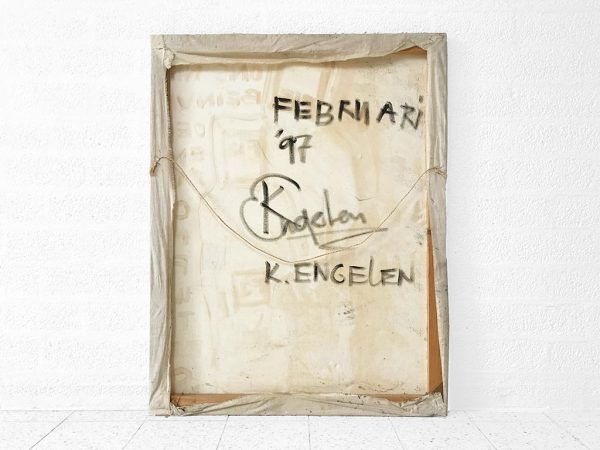 Computer Family
Computer Family shows a typical young family of four. Mum and dad. And their two children. They stand together as on a family portrait. Dad holds an arm over Mum’s arm. And mum holds an arm over her daughter. And the youngest son has his arms crossed. Their faces however are not human-faces. They are the Function-buttons of a computer.

The text in Dutch reads: We laten ons niet beïnvloeden door computers. Hoe kom je d’er bij. In English: We do not allow ourselves to be influenced by computers. Why would you think that.