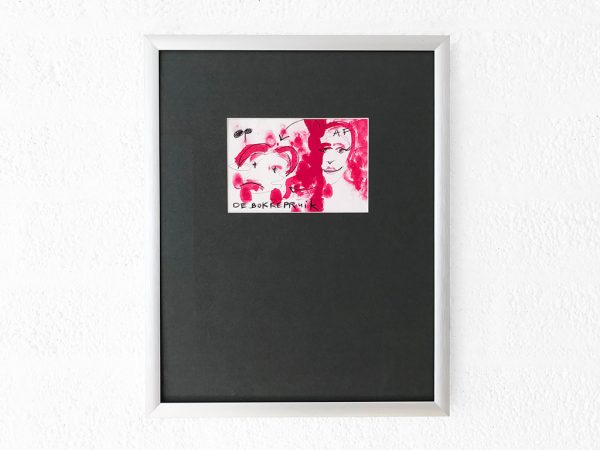 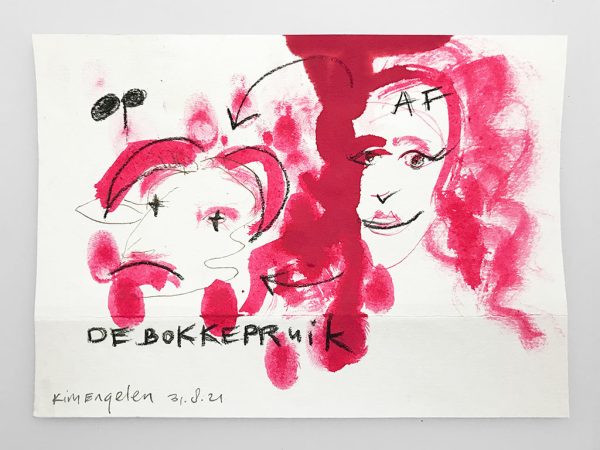 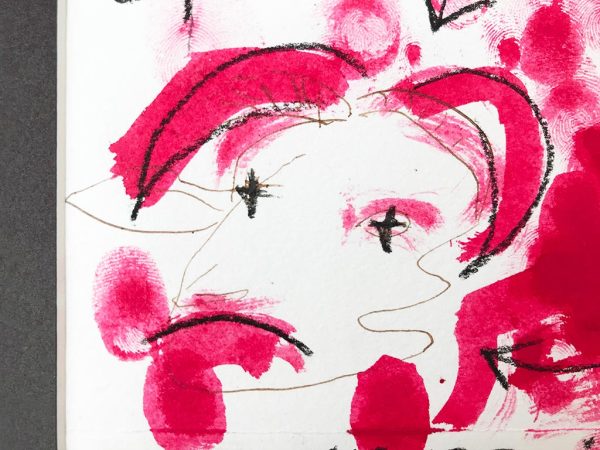 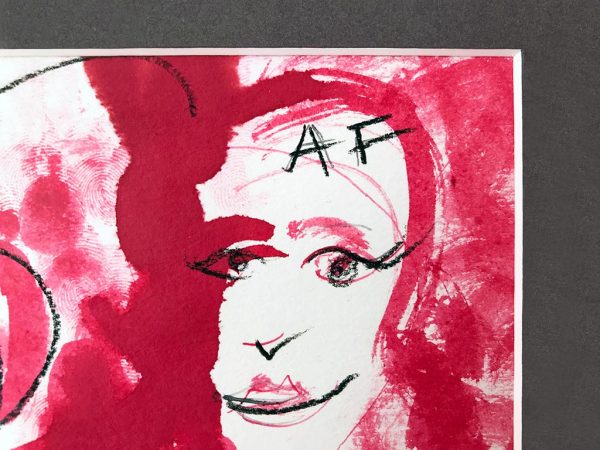 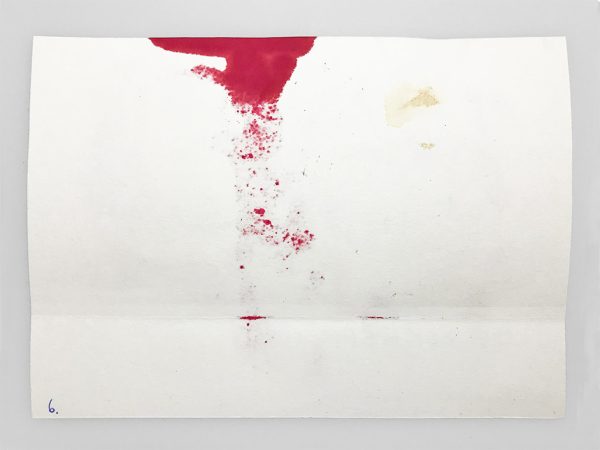 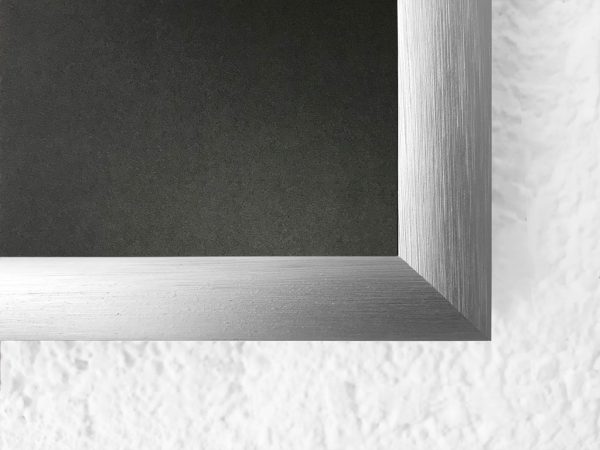 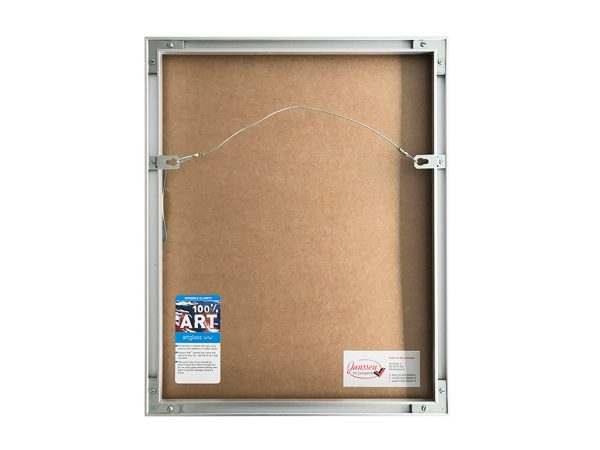 De Bokkepruik (The Bucks Wig) No.6

Art Bundle: The 6 other drawings from this series together⟶

To Have your Bucks Wig On means to have a bad mood and acting stubborn and resentful. In Limburg, where I was born, this is a commonly used statement.

The statement dates from around 1898, a time when people still wore wigs. One could tell by the way a person wore their wig whether they were in a good mood or not. If the wig looked messy or worn crookedly, the wearer may not have had the time or desire to groom themselves.

In Limburg, the legend of the Bokkerijders (The Bucks Riders) is quite well known. The Bucks Riders were thieves and robbers in the Romantic era (between about 1790 and 1850).

The emphasis in Romanticism was on the individual and their subjectivity, feelings, spontaneity, and intuition. And myths and legends were also popular motifs.

Feelings can sometimes seem overwhelming. And that’s why I made the drawing with carmine (red) Ecoline with accents of charcoal (deep black). The Bucks Wig is drawn with light yellow Ecoline which appears brown.

The woman’s left eye is closer to the buck and still somewhat gloomy. But her right eye is happy and beautiful again. Her eyelashes curve and move outward, drawing the viewer’s gaze to the text AF (off) above. And so on to the arrow pointing to the left. Perhaps to indicate, this is the wig and you can take it off.

What I like about the idea of having the bucks wig on or not. Is that it can change. So in a way, it’s pretty positive. If you’re wearing the bucks wig today. Then you know it doesn’t have to be like this tomorrow. It’s not rigid. It’s flexible.

The Bucks Riders still appeal to the imagination, especially in Limburg. If the arrested Bucks Riders had an exciting story, they were spared longer by the executioner. And that is perhaps how the tales of the Bucks Riders have arisen. A mix of reality and fiction.

For example, I have heard that the Bucks Riders were ordinary people who organized themselves and only stole from rich people, such as landlords and churches. They climbed on someone’s neck in the middle of the night and thus had transport.