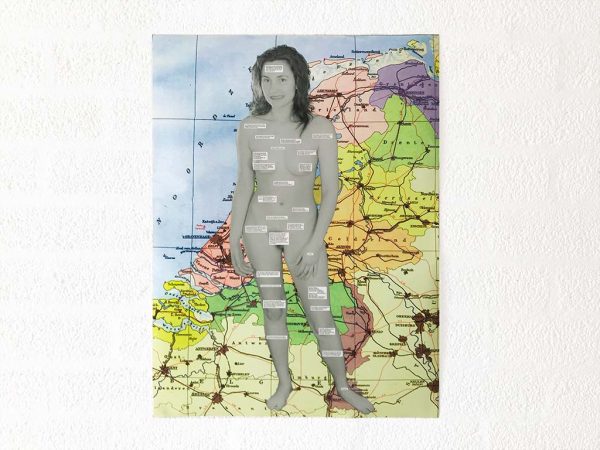 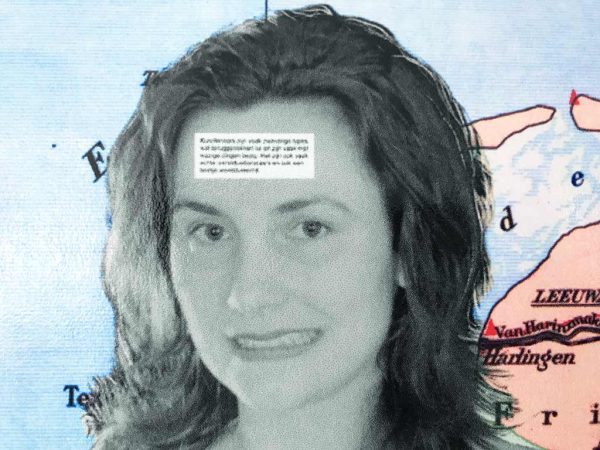 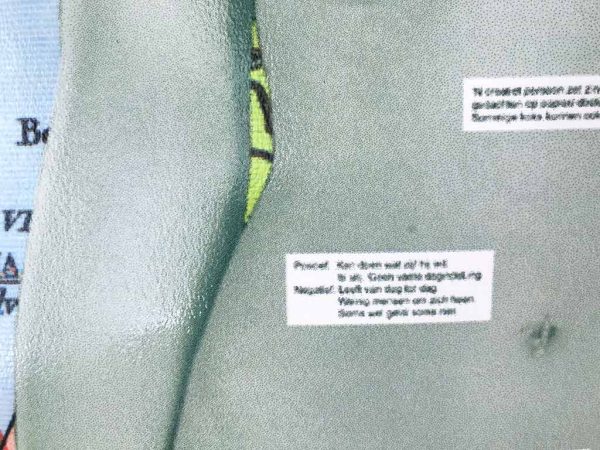 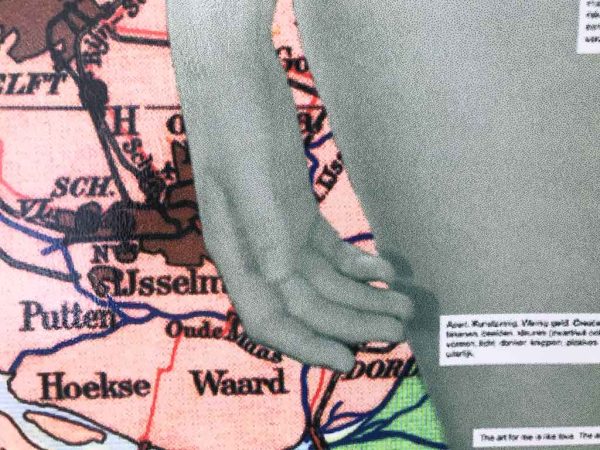 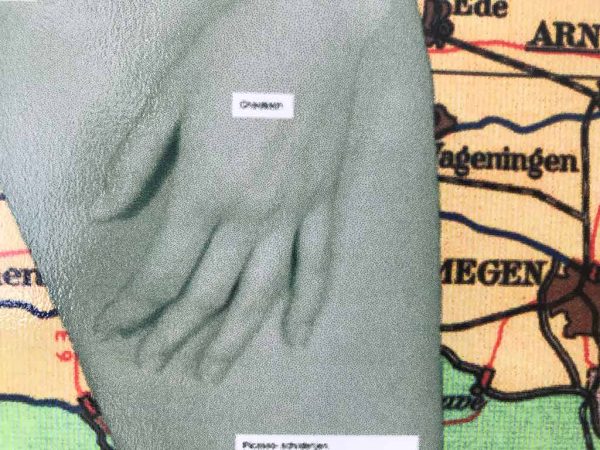 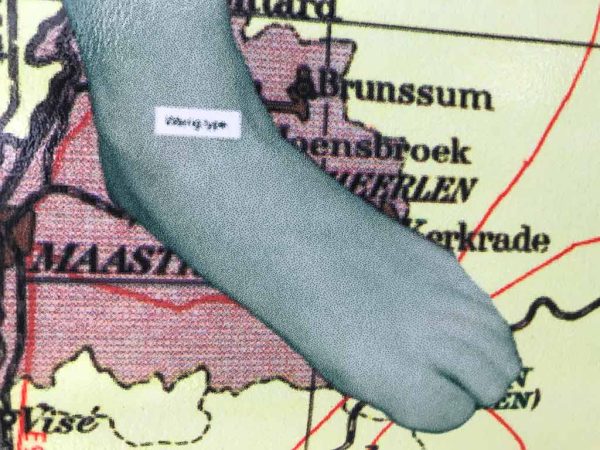 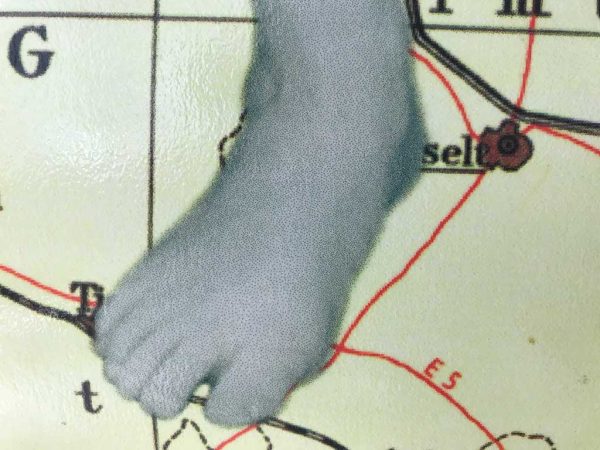 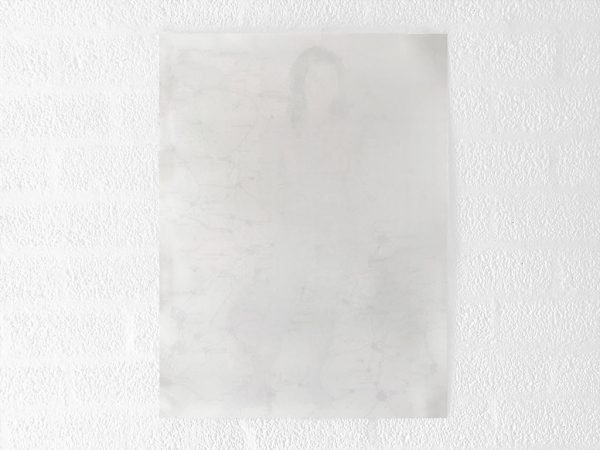 The artist Kim Engelen (me) is standing naked in front of the map of the Netherlands (and a part of Belgium).

The map is colored. And the nude artist (me) is depicted in black and white. On my body are pasted white labels with black texts. On them are the expressions of people describing an artist.

And on my face is the expression of repugnance and shame.

The body is not glorified but shown how it is. The artist exposes herself to the remarks and they stick on her in essence naked/pure body.

My left foot is planted on the little harbor town Maasbracht in the province Limburg—where I grew up.

Only two prints are available. This one and one in a larger size.

The results of these live inquiries from 1998 are bundle and can be read in the artist book Describe an Artist. Only two copies are available. In 2021 this book is digitalized and made available in Dutch as well as English.

The postcards were made in 2000 in conjunction with my solo exhibition at De Volière (Outside in an aviary) in Hengelo, The Netherlands. On the front side is the same picture which is shown on the laminated prints.
(Pack of 10 postcards).