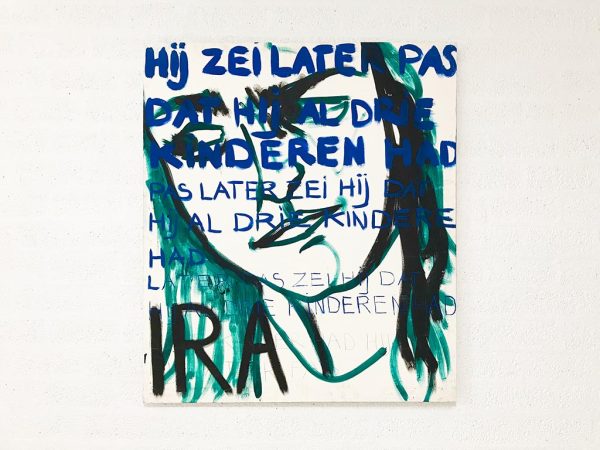 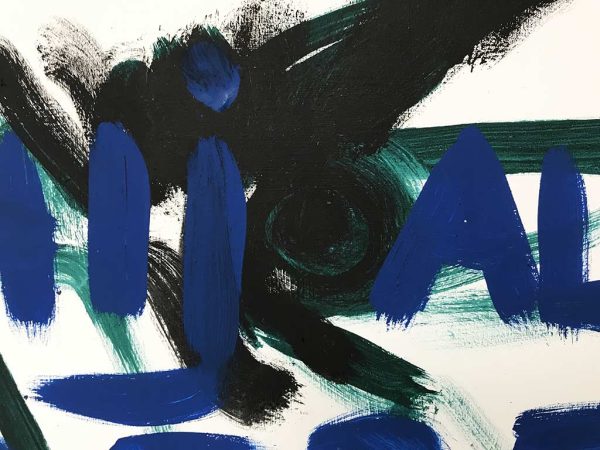 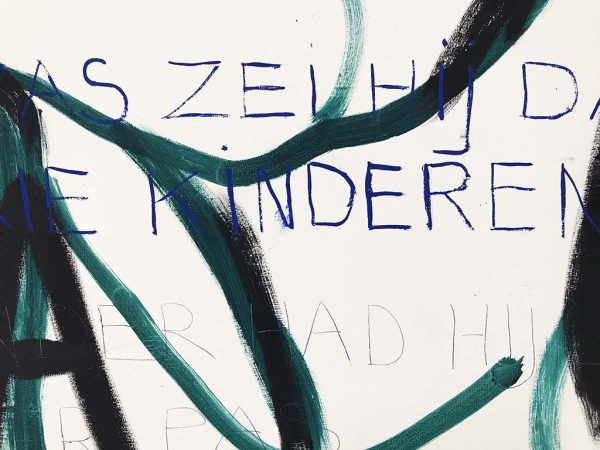 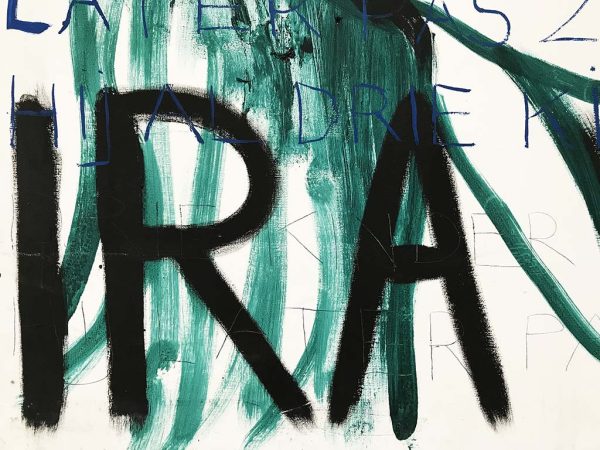 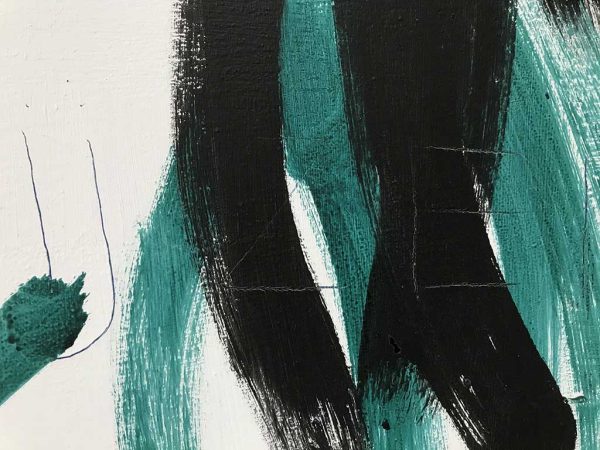 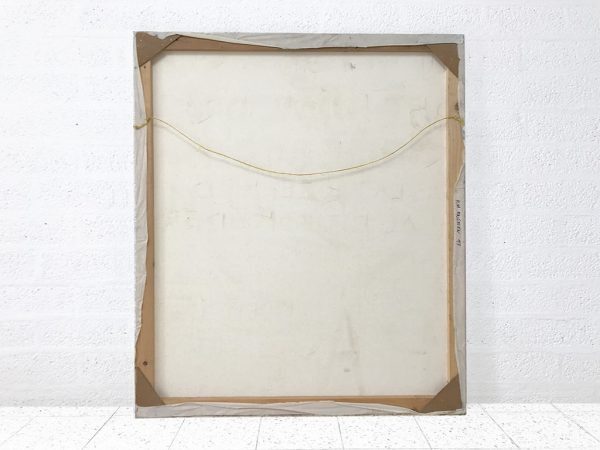 Ira (From the Pronunciations Series)

Until 1999, I painted on self-prepared and stretched canvas. Aka Regular Stretched Canvas (Museum Wrap). All the paintings in this series are 100% handmade. From the production of the canvases to the actual paintings. This also means that the works are not 100% even in size.

Ira (From the Series Uitspraken (Dutch for Pronunciations)

When you are present and silent. You can observe and hear a lot.

Ira, I met during one of my side jobs when I was still living in Limburg. She was a little bit obsessed and jealous with her boyfriend—a married man with three children. Her Dutch pronunciation reads: Hij zei later pas dat hij al drie kinderen had. (He only, later on, said later that he already had three children.). The first sentence is painted in thick clear blue letters. The second line is painted thinner. And the third is painted even thinner. The fourth time I have written the sentence with a blue ballpoint pen. The sentences are all the same text. However with a different order of the words. He said only later…/Only later did he say…/Later on, did he said…