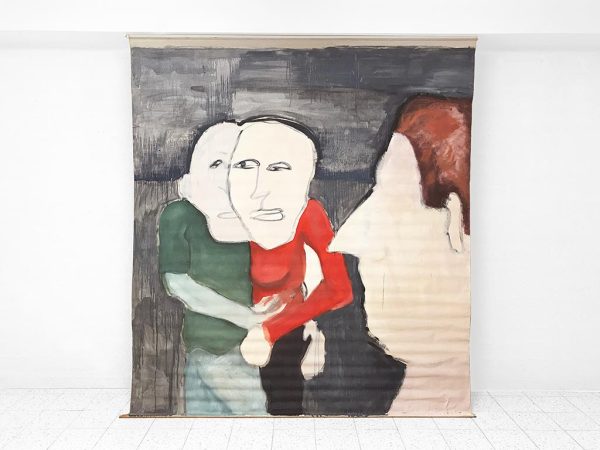 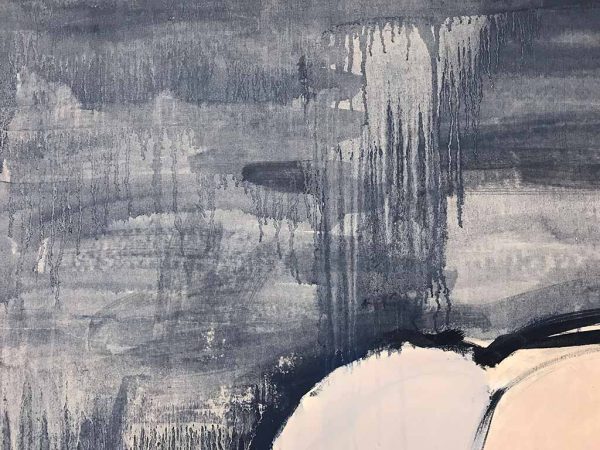 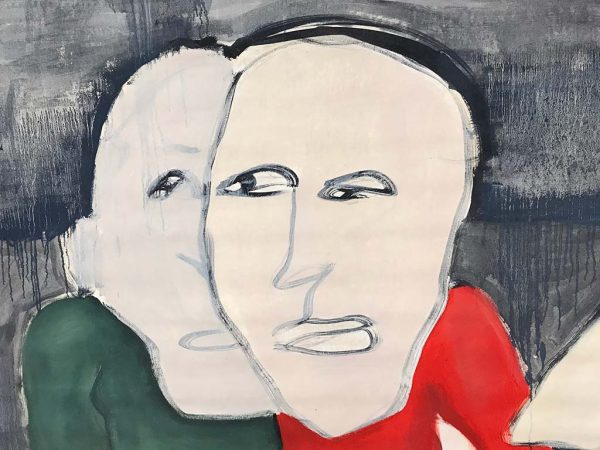 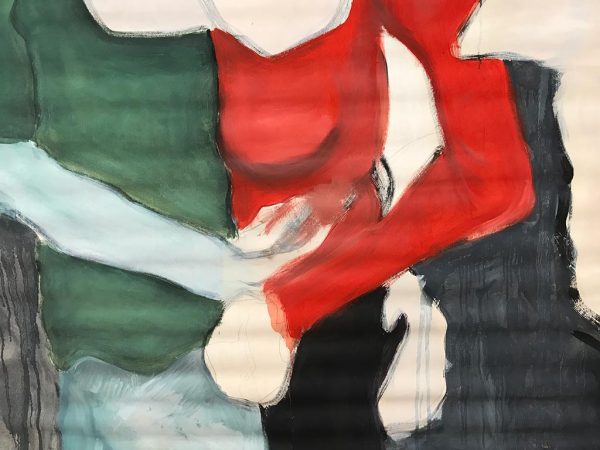 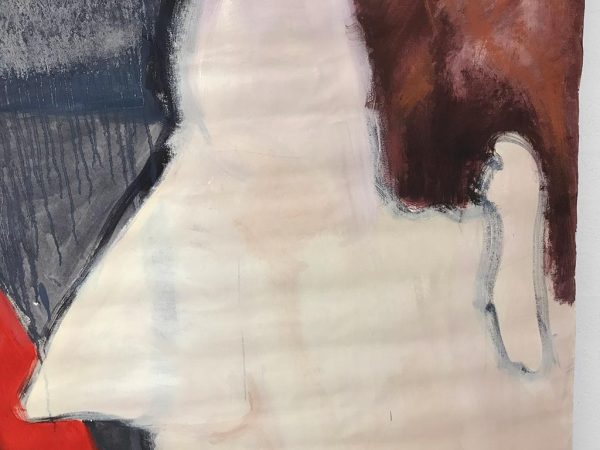 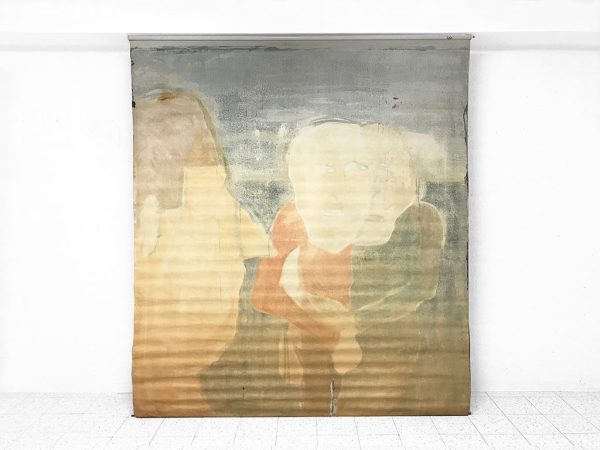 * Attention, there is a vertical rip in the screen (in the black trousers). And some damages on the bottom. As the maker of the oil painting, I don’t think it is a problem. But just so that you know.

Roller screen
This painting from 1995 is painted on a sort of roller blind. I found it on the street and saw that the structure of the surface was strong enough to paint on. And because it is a roller blind, one can hang it like it is, using only 2 screw-hooks or eye-screws.

The canvas is nice and big and I still remember the pleasure of painting on this large canvas.
At the time when I painted this large painting, I was concerned with people’s emotions. I wanted to paint emotions as true as possible.

And in this painting, I let go of the intention to paint a good-looking picture. The image consists purely of what I’m still working on today. Relationships between people and emotions without beautification. Pure, honest, and open.

Colors
The colors I have used are timeless in my opinion. Red and green, and gray and black predominate. I like that, plus that it simply “works”. These kinds of issues probably also played a role in the Middle Ages and they probably still will in a hundred years from now.

Hurtful
As a woman, I sometimes experienced that when I saw a couple. That the man, while he was with his girlfriend/wife, was looking at me. I found that not flattering but hurtful because I put myself in the shoes of that other woman. I wouldn’t like it if my partner was secretly looking at someone else while I held him lovingly and unknowingly.

Men
I do not know if it is true, but I also thought to see this predominantly with men who had a beautiful woman. And in some circles or for some men “having” a beautiful woman is like a kind of status symbol. And because of this, I found these men even more repellent.

Women
On the other hand, at that time, I also noticed that women who already had a partner, liked it to be “checked out” by other men. And seeking this kind of attention.

In this painting, I mix the roles a bit. Who exactly is looking at whom?