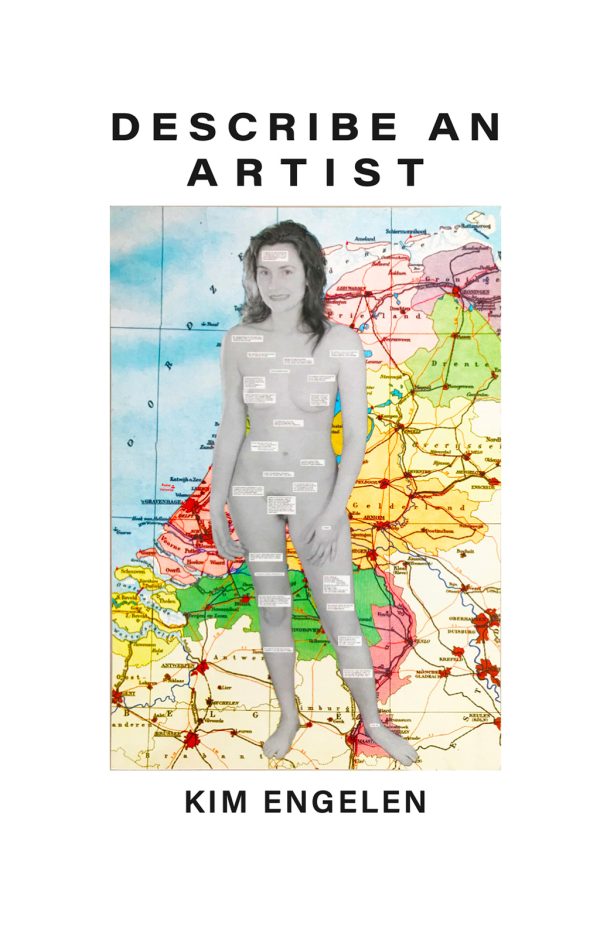 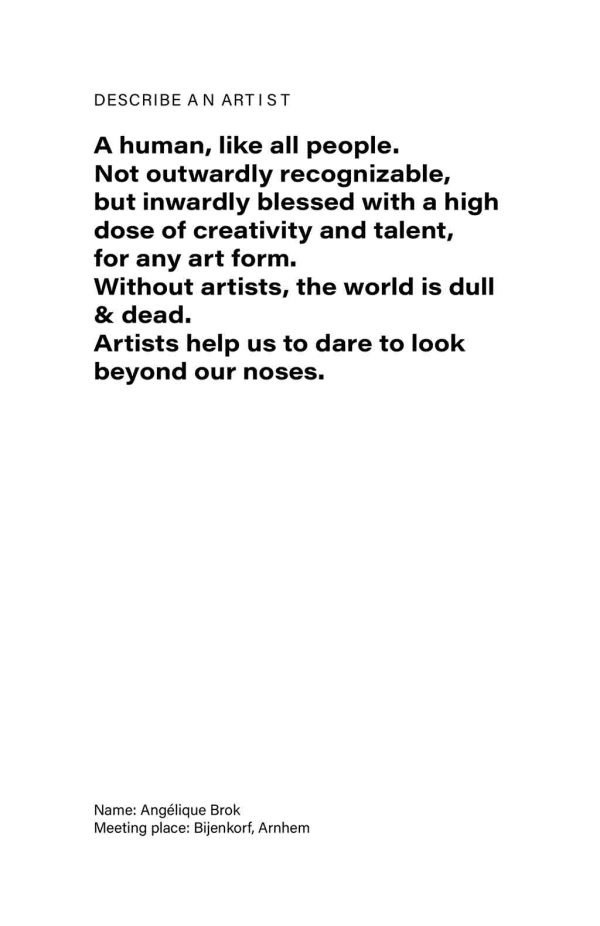 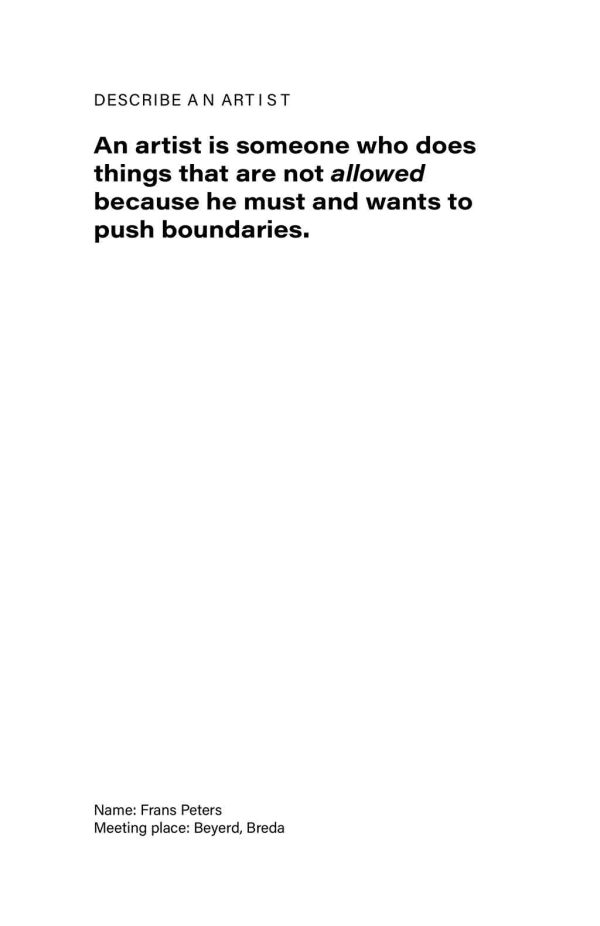 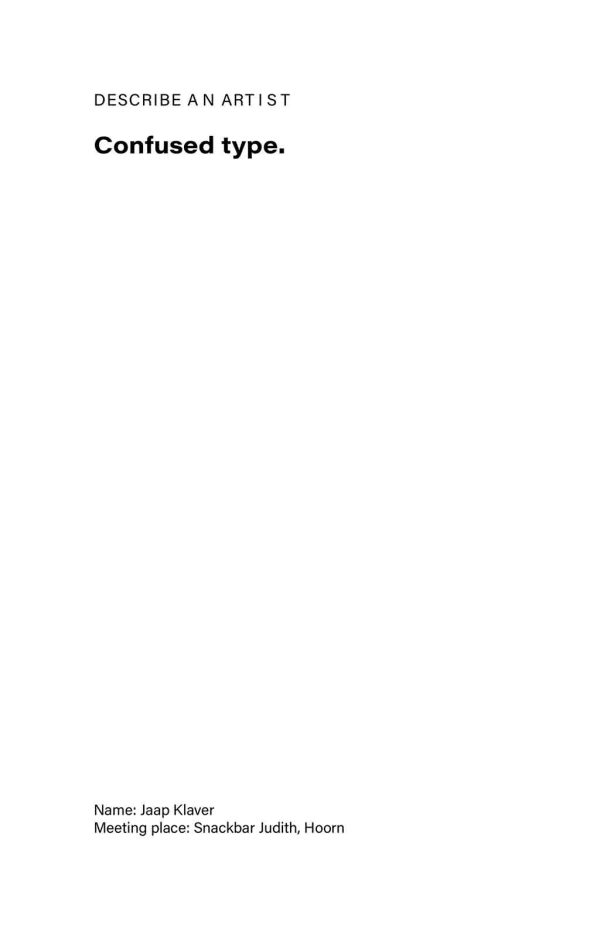 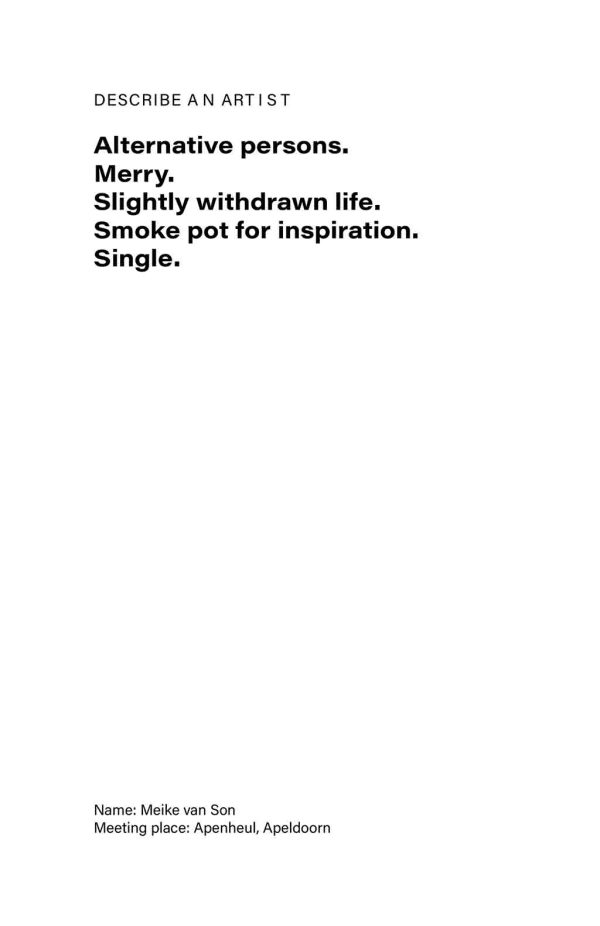 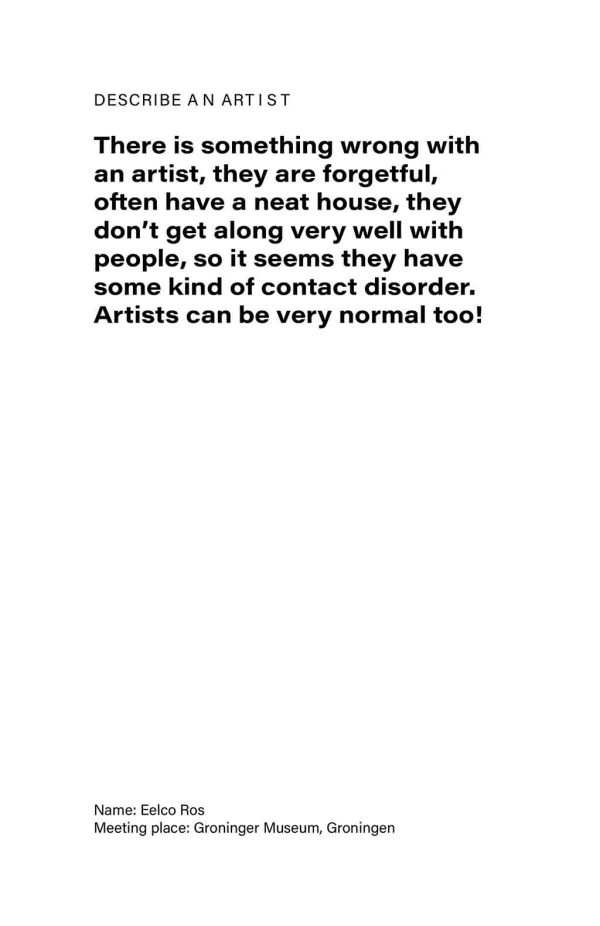 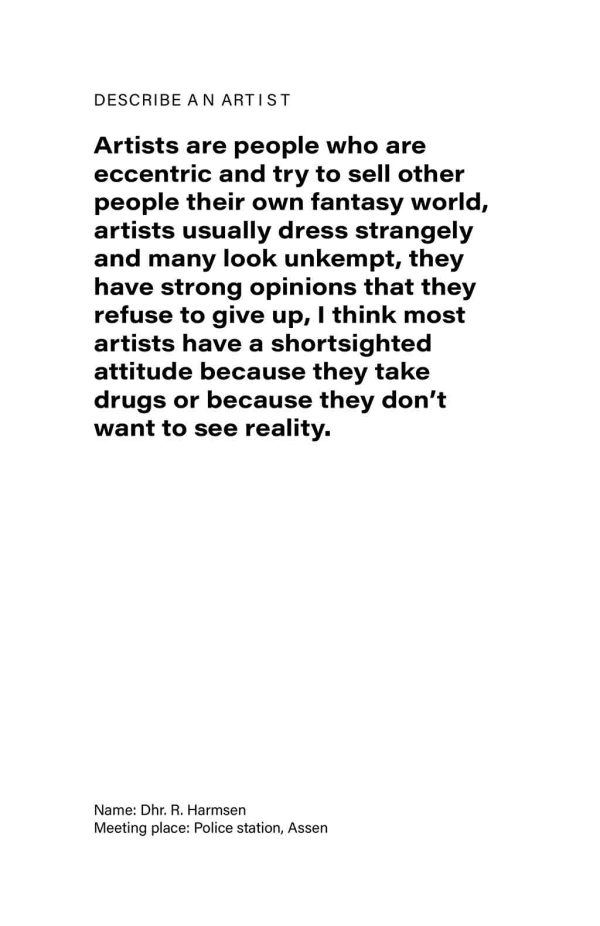 In 1998, I traveled to various locations in cities in the Netherlands to ask the general public this question: Describe an Artist.

The results of the original inquiries from 1998 are bundled in two Dutch artist books (only two copies available). In 2021 this book is digitalized and made available in Dutch as well as English. The 2021 paperback version is available on Amazon (English | Dutch).

The artist is standing naked in front of the map of the Netherlands (and a part of Belgium). The map is colored. The artist herself is in black and white. And on her body are white labels with black texts. On them are the expressions of people describing an artist in Dutch. The postcards were made in 2000 in conjunction with my solo exhibition at De Volière (Outside in an aviary) in Hengelo, The Netherlands.
(Pack of 10 postcards).

Only two prints are available. On it is the same picture of the postcards. The original artist book and also these laminated prints are made in only two copies (edition of two).