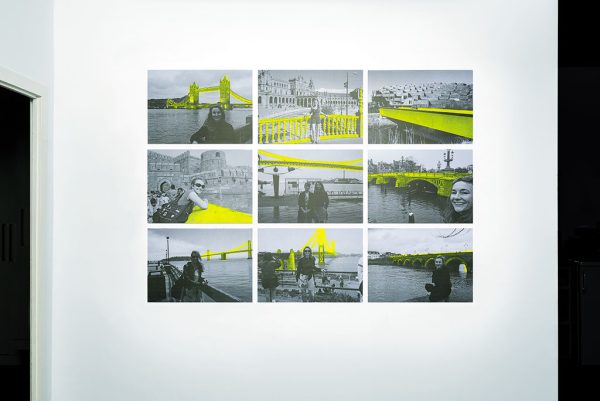 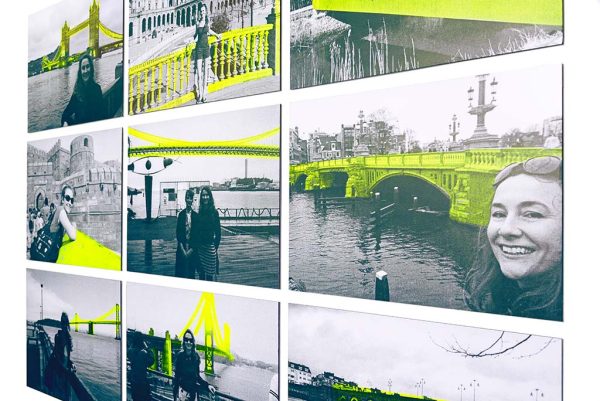 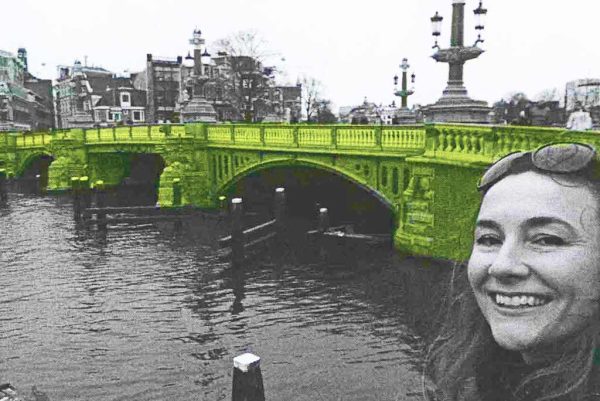 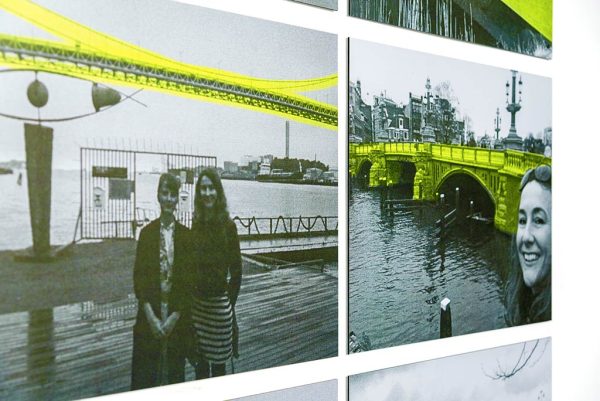 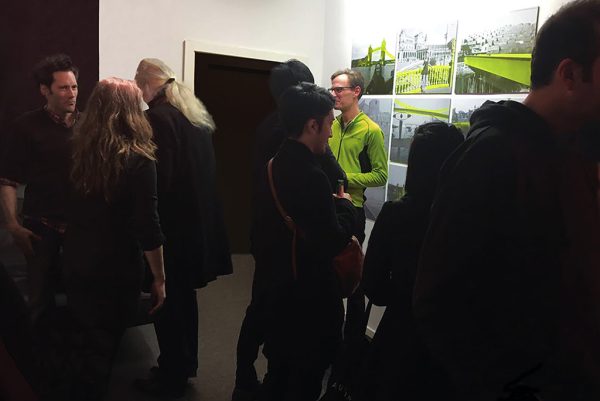 From the ongoing series [Bridges]

Part of the bundle 6 Private Mini-Exhibitions

For six months in 2017, I held a mini-exhibition at my house.

Every month I created new works based on my Bridge-Performances.

These new works were then exhibited at Gallery 1 Flat Wall in Berlin for 21 days, from the 1st – 21st).

In February I showed Markers. These are 9 Alu-Dibond (aluminum sandwich panels) with black-and-white prints with yellow markings, hanging in a structured grid of 3×3.

In history, bridges were usually functional structures carrying a road across a river, ravine, or another obstacle. In modern times bridges became a way to influence the landscape by way of their aesthetics. They have become icons of cities and consequently tourist attractions.

For me, the bridge is a metaphor symbolizing amongst others connection, movement, transition, and process. The bridge is a structure that helps you to get somewhere physically and mentally. You can go back and forth, there is the possibility of a return. The bridge in itself is an innate object, it is static. You have to do the moving, you have to move your body over the bridge.

Around the world, I am doing Bridge-Performances. These performances are the makings of photographs of me by tourists on bridges. In post-production, I experiment with these photographs to emphasize certain ideas. Such as the bridge as a metaphor, tourism vs. immigration, power structures, communication, authorship, and personal development.

In the photographs we see the artist herself on bridges all over the world. Yet, the artwork is not necessarily about the identity of that single person. Nevertheless, it is important to see the same person in each of the pictures om the different bridges in the different countries.

The bridge series is about social and human issues. Fundamental to the work is that the same single person is shown on the bridges, though the pieces are not necessarily about the identity of that single person.

For the series Markers, I have printed the original color photographs in black-and-white, in the size of 10×15 cm (3.94×5.91 in). On this printout, I then colored the bridge yellow with an office marker. This I then scanned and blew up to A2 size (leaving the dpi at 300). Because of this, the picture gets more pixilated and looks poorer, something of lesser value and vaguely reminding one of the looks of a newspaper. Also because of the black-and-white print quality and the yellow marker relating to office material.

The final prints are then prepared on an aluminum plate, as it has the connotation of modern-day bridge materials and with a little coldness in the material. Because in reality, these are not cheery holiday photos. The yellow might be the one positive attribute to the black-and-white lightly pixelated photographs. It accentuates the bridge, symbol of connection, movement, continuity, and transition.

This installation is created in one edition only (as pìece unique). And it comes with a signed certificate of authenticity.

* Get 20% discount by also becoming an Art Angel>>