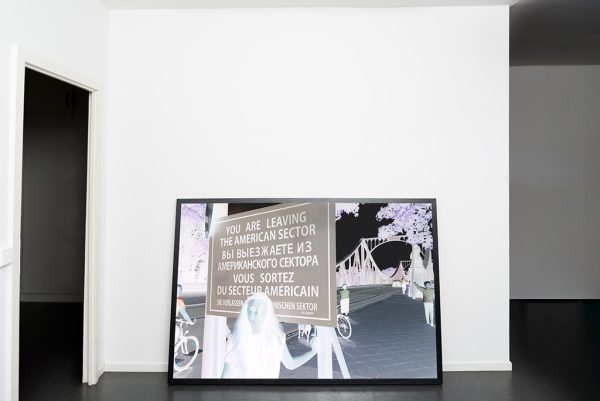 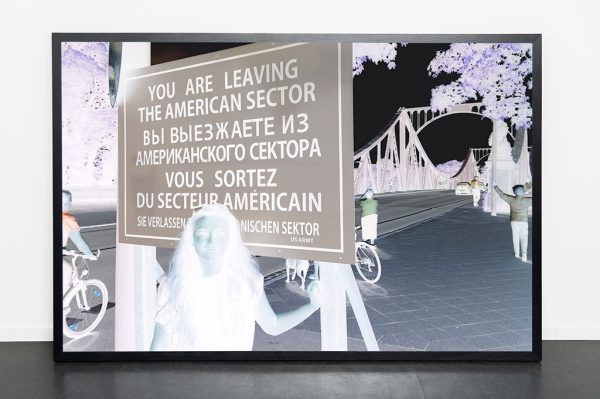 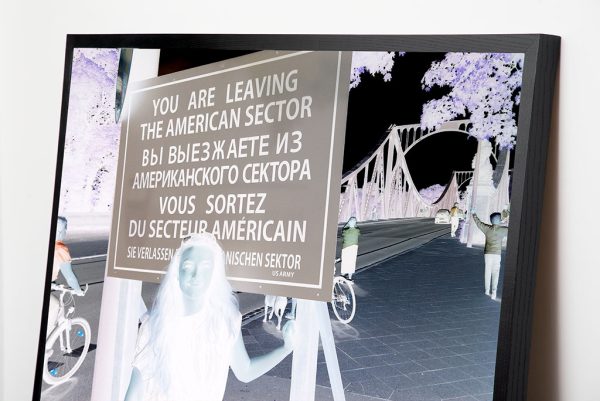 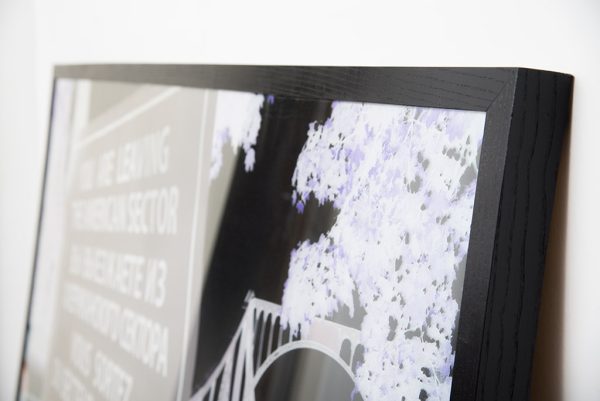 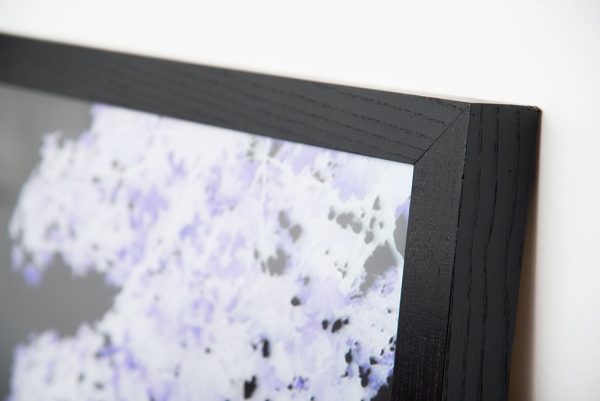 The Negative aka The Bridge of Spies

For six months in 2017, I held a mini-exhibition at my house. Every month I created new works based on my Bridge-Performances. These new works were then exhibited at Gallery 1 Flat Wall in Berlin for 21 days, from the 1st – 21st).

In April I showed The Negative. This is one of my Bridge- Performances photograph enlarged in an invert (negative) exposure. The work is presented in a black wooden professionally hand-made frame standing horizontally placed against the wall.

Around the world, I am doing Bridge-Performances. These performances are the makings of photographs of me by tourists on bridges. In post-production, I experiment with these photographs to emphasize certain ideas. Such as the bridge as a metaphor, tourism vs. immigration, power structures, communication, authorship, and personal development.

To be able to determine where another person can or can’t go depending on their status (tourist, immigrant, refugee) to me is fascinating and scary at the same.

In The Negative, you see the Glienicker Brücke (Glienicke Bridge). During the Cold War, in the time of the German division, this bridge over the Havel River formed the border between West Berlin and East Germany. The bridge was closed to East German citizens after the erection of the Berlin Wall in August 1961.

When the bridge was used several times for the exchange of captured spies it became known as the Bridge of Spies. Because the border between East Germany and Western Allied-occupied West Berlin ran across the middle of the bridge, the East German government named it the Bridge of Unity.

By using a negative exposure I have inverted the original color Bridge-Performance photograph. And by this our attention can shift and other details become visible by the changed shades and colors, accentuating different features then as in the “normal” situation. Also, the identities of the people in the image are lessened.

I wanted to accent process, transition, duality, and “otherness” in the artwork. With, the bridge still looming in the background visible as a passive but reuniting structure and possibly hopeful symbol.

I enlarged the photo to size 180 x 121,7 x 5 cm (70.87 x 47.64 x 1.97 in). This makes the work almost life-size. Although one single photograph, because of the “irregular” invert it has become something moving, changing, and “developing”, maybe eerie or slipping. Non-static like today’s news, yesterday’s history, text, info, picture, the evidence, and then alteration in the current digital age.

The photo has been placed in a frame with glass, which gives a slight mirroring reflection. And thus the viewer standing in front of the work becomes in a way integrated into the work, in terms of size confronting and with the reflection of ourselves in it.

By placing it informally horizontally against the wall we can then still look down on it with a certain distance.

This artwork is created in one edition only (as pìece unique). And it comes with a signed certificate of authenticity.

* Get 20% discount by also becoming an Art Angel>>