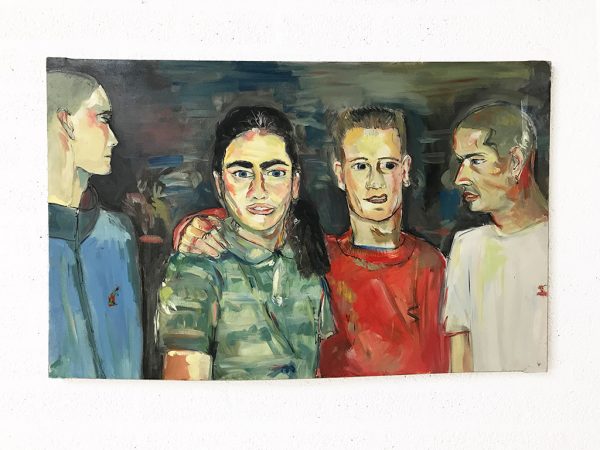 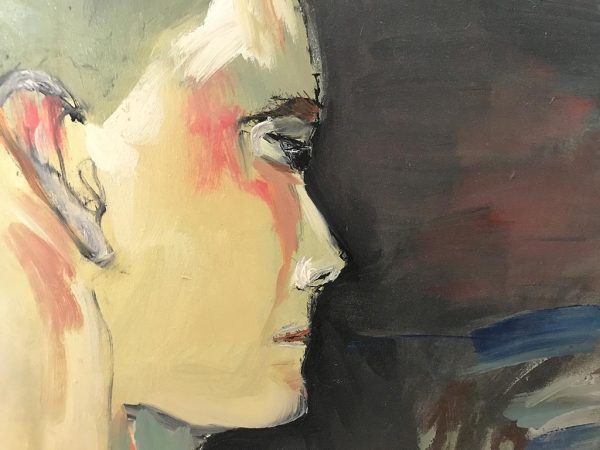 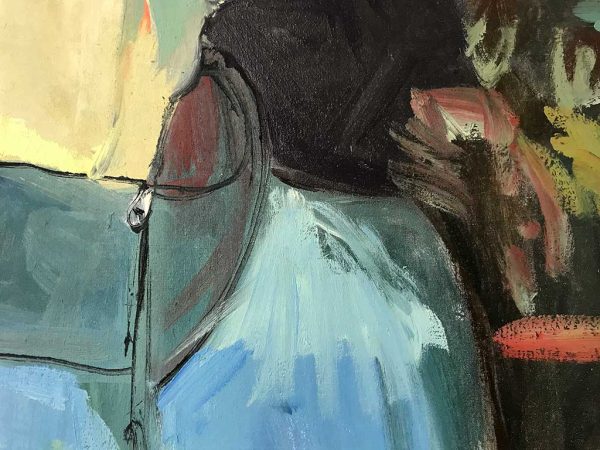 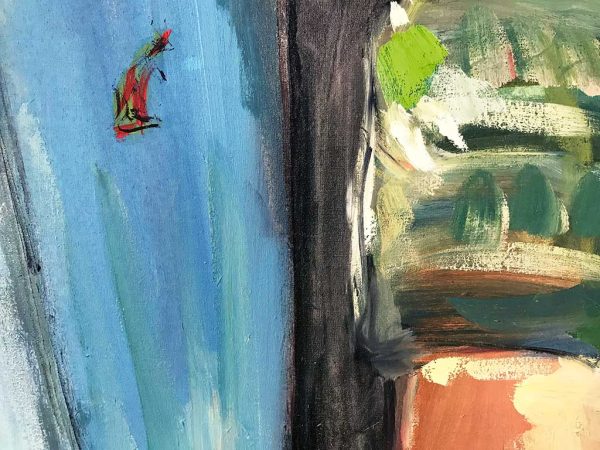 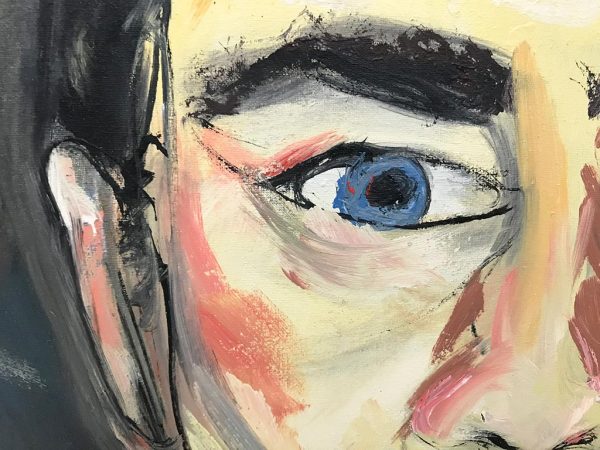 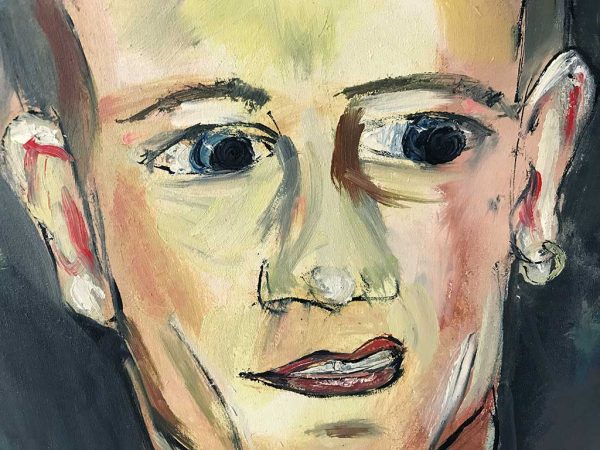 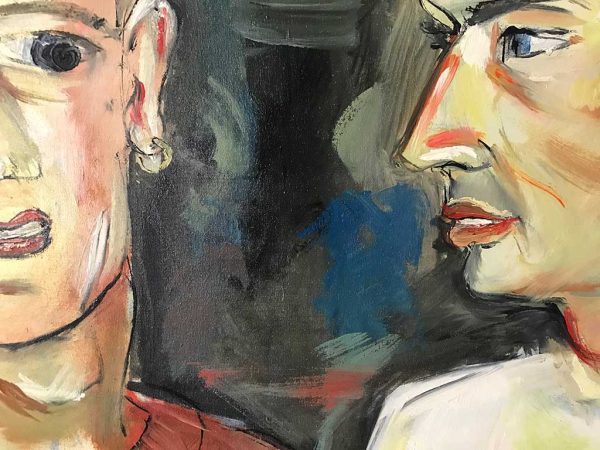 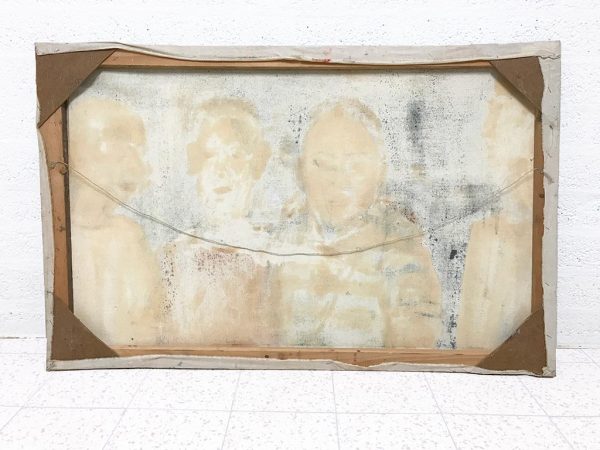 And the first time that I noticed that people can only “see” you in the “setting” where they see you. However, the Kim at art school was the same Kim going to house parties. And the same Kim during her several part-time jobs. Which I did during my studies. To pay, for example, my studies, my mini-cooper, my pets, and my weekend expenses. To be able to travel and party at house parties throughout the Netherlands.

As an example, fellow students did not see my intense life (study, work, party). They only saw the Kim that drove a car to school (as the only art student in the quite provincial Art Academy). Not the how I did this and the why I had a car. And at my part-time jobs, they probably could never imagine I was taking drugs and going to house parties.

The series Party shows 3 paintings of settings, where the 3 settings are mixed into one. Seeing it from the perspective of the same person being in these several settings. The backgrounds are more or less blended. And the tone of the paintings is more or less equal.