Happy Birthday Ousmane is the first drawing I did in the Happy Birthdays Series. The paper comes from a Nefit Bosch tear-off paper block. The block consisted of forty sheets of paper (when I started the project). And has a postcard size (14,63 x 10,46 cm (5.76 x 4.12 in).

So I asked Ousmane, What is on your wish list?And how old will you be? He told me 33. And that he had a lot of wishes. He wrote he wanted to be independent, rich, and ECC. I asked him, what is ECC? And he sent me a voice message, saying it means extra extra. I asked Extra Extra C…? He wrote back, Yes. 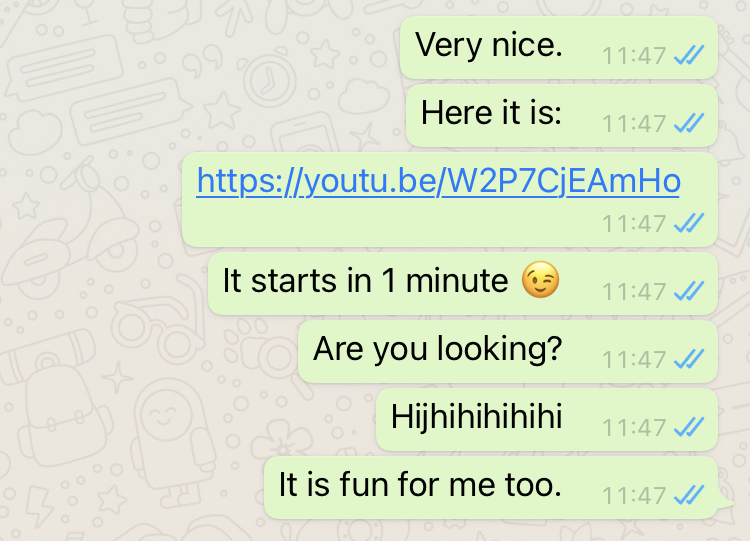 I had scheduled his video for exactly midnight. And I send him the YouTube premiere link. He was still awake so we celebrated his transition from going from 32 to 33.

And the positive energy kept on going since thereafter I made a drawing for Peter, Kadir and Ankit. And upcoming are Monika and Alejandro Ninin.

When is your Birthday?

The Happy Birthday Drawings are part of an ongoing art project, where I make small drawings for people for their birthdays. I then send a YouTube video. In where I sing Happy Birthday and show their drawing.

Would you also like to have a drawing made for you on your birthday?

Then please email me:

⟶ Your day of birth

⟶ How old you are going to be (optional)

⟶ A photo of you (optional)

⟶ What your birthday wish is (optional)

Do you like this type of art and this kind of work stories like these?
Fill in your email and receive it directly in your inbox.